A downloadable game for Android

Battle monsters in turn-based combat, become stronger through level ups and skills, choose from a wide range of equipment, interact with numerous NPCs, visit shops, inns and taverns, search for treasure, and solve quests to follow the trail of your brother and uncover the secrets of the powers at play in Dhayavar. With luck, you may even find a legendary item!

The game is completely free. There is no payment to install, no ads, no in-app purchases, and no DLCs. There is no internet access required, and it can run on all versions of Android from 1.6 (Eclair), so it should run on any device, even low-end oldies.

Andor's Trail is open-source software, released under the GPL v2 license.
You can get the sources from https://github.com/AndorsTrailRelease/andors-trail

Game translation is crowd-sourced on https://hosted.weblate.org/translate/andors-trail

Andor's Trail is a work in progress, and while there is a lot of content to play, the game isn't completed. You can participate in the development or give ideas on our forums too!

If you wish to participate, we have released a content editor called ATCS, downloadable for free from www.andorstrail.com that makes it possible for anyone to create new material and expand the game, with no coding required! If you like the game, you can join others that have already created some of the content in the current release. You can see your own ideas come to life in a game that hundreds of thousands of people have played!
*This requires a PC (Windows or Linux) or a Mac. See the forums for details regarding content creation.

Visit our forums on www.andorstrail.com for help, hints, tips and general discussion. We love our community's feedback!

Translation only update - the following languages have been updated:

This release focuses on making the game easier especially at the beginning. Therefore we have some changes in Crossglen:
You will get additional equipment at the beginning, as well as more gold and experience in the first quests. You now have to grind less to level up.

There is a new weapon class "Polearm weapons" for e.g. spears.
Also polearm weapons have their own fighting style (at Charwood, same as other skills).

At last some changes to the game engine:

The big, entertaining city east of Loneford, full of new adventures, can now be visited!
37 new maps and 7 quests are waiting to be discovered by you.
The huge old basilisk - first quest of Gonk, who has enriched our team with his valuable contributions and programming for over a year now.
You might find one new extraordinary item by rare drop.
Burhczyd appears again - his problems in last release have been fixed.
Other minor bugs have been fixed too, and the translations are actualized. Thanks to all the translators for their hard work!

Remember Bonemeal is illegal - now there are consequences for its possession...

Finally a warning: For PERMADEATH it would be good to save before updating. Just to be sure...

- For a better overview you can now reduce the view to 75% or 50%
- A certain person has found another, rather unfrequented tavern
- Congratulations to the Russian translators: The translation is 100% complete!

Finally a warning:
For PERMADEATH it would be good to save before updating. Just to be sure...

New things in version 0.7.8
We have some additional maps in a new area far away from home.
A couple new maps together with a quest can be found in the mountains east of Prim.
For another quest, look for a young, eager man in some tavern.
And for you completionists out there: There is a new map in Stoutford Castle and another in the BWM mine.

Engine Enhancements
For new characters you can choose one of the new hardcore modes:
There are no additional saves allowed (no save/reload tactics).
Limited lives: If your hero dies once too often, game over.
If you choose the permadeath mode, you only get one life! We promise, you will play in a different style...
Up to now, languages have been limited to English or your local language, as determined by your device settings. Now you can choose between different languages that are translated to a significant extent:
93% German, Italian, Polish, Russian, Spanish
81% Portuguese
85% Portuguese Brazil
59% French
45% Hungarian

As is now usual, quickly after the new content release that was v0.7.6, here comes the how-did-we-miss-this-lets-fix-it bug fix release.

There's only typos and translation-related fixes, as well as the removal of the "read logs" permission which isn't used in the release version anyway.

There was a nasty bug in v0.7.4 that systematically crashed everytime you moved forward after being shown the "special exit" in Guynmart. 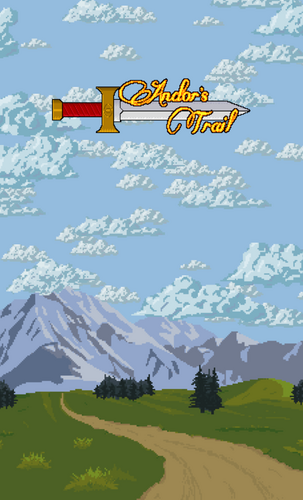 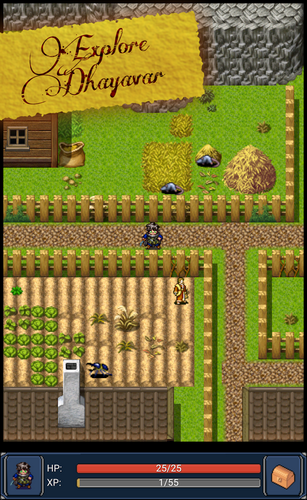 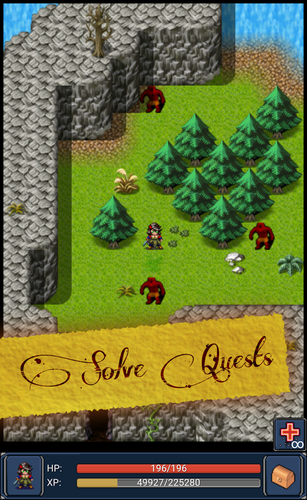 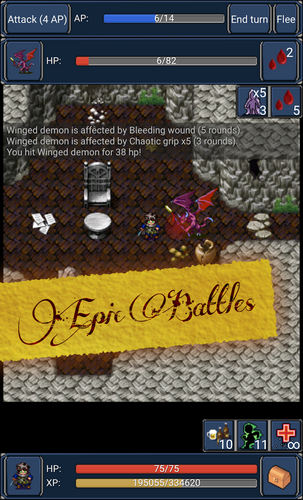 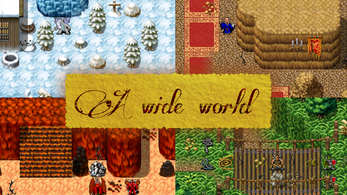 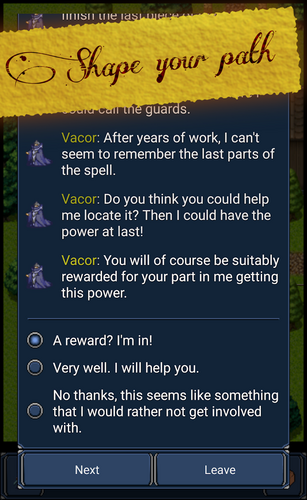 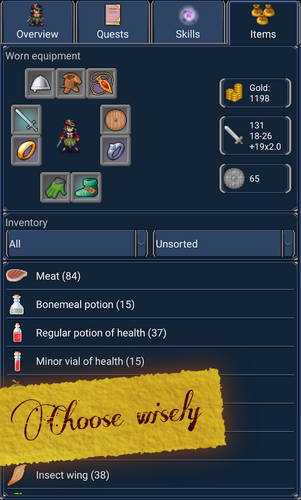